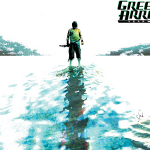 I noticed a mistake regarding the "Deathstroke (Manu Bennett)" wikia entry. In the "notes" section it states "[...] that mask mounted on the wooden stake seen in the Pilot (Episode) did not have a right eye hole." That is wrong. If you look at it closely, you can see that this mask does have the same eye hole on either side. The right one is harder to see, due to that half being black and the light coming from behind the mask, casting a shadow that almost renders the eye hole invisible. Looking closely, though, you can see some light reflecting from the rim of the hole. The same reflection can be seen on the rim of the left eye hole (which is also colored in black, making the reflection similarly hard to spot). The right reflection is very visible while the camera is still moving. You can see it moving up the rim to where it's almost touching the arrow.

I'd rather leave the redirects so it saves a job changing all the links especially on the bigger articles. The Joker isn't done yet and basically everyone I have moved should be considered done. I'll do Killer Croc and Bane next and send you a list of complete ones at some point. - Doomlurker (talk) 21:20, June 30, 2015 (UTC)

I've been editing links so haven't moved any more yet but will do Mr. Freeze next. If you leave any articles that need merging to me and just work on the ones that need renaming or having the links changed that'd be really useful. - Doomlurker (talk) 10:14, July 4, 2015 (UTC)

Out of curiosity, why is "Series" used for Arrow Seasons rather than "Season?"

Sure, but it will have to be next week some time, too much going on today to fit it in this week.

We should try and get the New 52 issues complete. I've recently been promoted at work so am full time. I really enjoyed Batman v Superman, I loved that it played out like a comic would. It was definitely a very different take of Luthor which we haven't seen on film before. I preferred this version to the older ones because he was actually sinister. - Doomlurker (talk) 11:29, April 4, 2016 (UTC)

Not sure about dissolving the Hawkman Wiki but I'll have a think about it. I have watched all of Daredevil and really enjoy it too, amazing writing and I loved all the new additions in the second series. Elektra was particularly well done I think and Jon Bernthal was perfect. - Doomlurker (talk) 09:10, April 5, 2016 (UTC)

I'm hoping for a return from Elektra, Bullseye being introduced and I would love a Punisher Netflix series. - Doomlurker (talk) 20:37, April 5, 2016 (UTC)

I did enjoy Civil War but, I don't know if it was just my cinema, it felt long and slow in places. But as a whole I enjoyed it. I absolutely loved Apocalypse, the new cast members were great. We probably should absorb Hawkman/Atom etc into the other wikis. - Doomlurker (talk) 13:24, June 6, 2016 (UTC)

I did see Wonder Woman by the way and did get your email, sorry for lack of responses, been pretty busy. I really enjoyed Wonder Woman, thought they did a great job with it. Looking forward to Justice League? - Doomlurker (talk) 20:07, June 19, 2017 (UTC)

Hi, my name is Pipeliz265. I would like to know why did you reset my edits on the Outsider clan articles back to the way they were? They were lousy with grammatical errors.Pipeliz265 (talk) 02:41, March 9, 2018 (UTC)

How do you personally determine a person's moral (good, neutral, evil) alignment? Edit

Everyone knows Superman, Batman, and The Flash is "Good" and everyone knows Lex Luthor, The Joker, and Reverse-Flash is "Bad". But I'm talking about civilians/love interests/supporting people/etc. For example, since my favorite show is Smallville. I'll used that as an example. I'm talking people like Lois Lane, Chloe Sullivan, Henry James Olsen, Pete Ross. Or on Arrow, Tommy Merlyn, pre-Black Canary Laurel Lance, pre-Speedy Thea Queen, Moira Queen. Now, they're not exactly costumed like Clark Kent, Oliver Queen, Barry Allen. So do you see the aforementioned, non-costumed characters as Good or Neutral? I usually go by their personality, but some go by how active they are. Lois Lane and Pete Ross from Smallville, to put a couple of examples, I consider them "Good". But looking on her history revision page on DC database, I notice someone put them both as "Neutral" a long time ago before they were correctly changed to "Good". Especially Lois? From day one, she was clealry a "Good character" that  never Neutral. So is everyone's perception on this subject different or is there a clean-cut line to distinguish good and bad from neutral? (Cerowe1992 (talk) 19:43, November 13, 2018 (UTC))

Oh, the reason I came to you specifically with this is because I notice you're (assuming you're the same Rod12) the OP of the Lois Lane (Smallville) and Andrea Rojas (Smallville) pages over on DC database. These pages were made around 2008. I was checking out the "History Revision" pages of both Lois & the Angel of Vengeance and I couldn't help but notice in their "Alignments" section you called Lois "Neutral" and Andrea "Good". I found it quite jarring because ever since her first appearance in Season 4, Lois has been nothing but heroic on Smallville, if bold and outspoken, despite not being part of what Clark, Chloe, Arrow, Flash, & Aquaman's team back then. Meanwhile, Andrea killed a man despite Clark trying to talk her out of it. Do you consider Lois Lane on Smallville to be a "grey zone" character or remember why you might've called her neutral rather than good at the time? I mean, what made Lois is any less goid than Chloe, Oliver, Clark, Bart, Dinah, AC, etc. Because most people agree that she has as much of a heroic spirit as Clark or Superman, even if she doesn't have powers. (Cerowe1992 (talk) 01:52, December 22, 2018 (UTC))

Although Sara Lance has been referred to as "Black Canary" in toy lines and media outlets, Arrow showrunner Marc Guggenheim has stated that Sara was never known as "Black Canary" on the show; just "The Canary".[1] --Xanderman616 (talk) 16:47, April 25, 2020 (UTC)

Helping Out Other Comic Book WikisEdit

Hey Rod. I received your message regarding those wikis in need of more editors, and as much as I’d love to help them out, I must inform you that I unfortunately cannot because, while I am a fan of DC and Marvel myself, I am not exactly too much of a fan of those comic series for my knowledge of either one is basic and therefore there is not much I, besides grammatical corrections, can do to help out. Sorry. --Chris Urena (talk) 01:17, May 20, 2020 (UTC)

Retrieved from "https://greenarrow.fandom.com/wiki/User_talk:Rod12?oldid=37561"
Community content is available under CC-BY-SA unless otherwise noted.